What is Painting The Music?

"Painting The Music" brings together local musicians and area painters for a showcase whereby the visual artist paints an entirely new work of art on stage with the singer-songwriter, using inspiration from the first song of the musician’s live set. The viewers’ energy becomes part of the art as audience members are encouraged to interact with the musicians and artists, becoming the third arm of a creative triad. The paintings are auctioned throughout the evening, with the artists setting minimum bids in a silent auction, and taking home 100% of the proceeds of the sale.

The first "Painting The Music" occurred at Ebenezers Coffeehouse in DC on July 20th, 2012. The night was a huge success, and because of that triumph, the event is now held as a regular performance series at different locations and cities. The show has also appeared at The Atlas Theatre and The Dunes in DC, The Franklin Park Performing Arts Center in Purcellville, VA, Gallery 5 in Richmond, Jammin Java (2x) in Vienna, VA and the Village at Leesburg (2x). Hope to see you all at the next one!

The next Painting The Music show is yet to be scheduled... but check back soon. It's in the works!

You can see a video recap of the entire show and hear almost every song performed in just 5 minutes right HERE!

And here is a great time-lapse video of artist Elizabeth Witcher's painting of the Springsteen song "Lonesome Day", as performed at the show by Andrew Tufano! And you can check out an entire album of photos from the night on our Facebook Page! 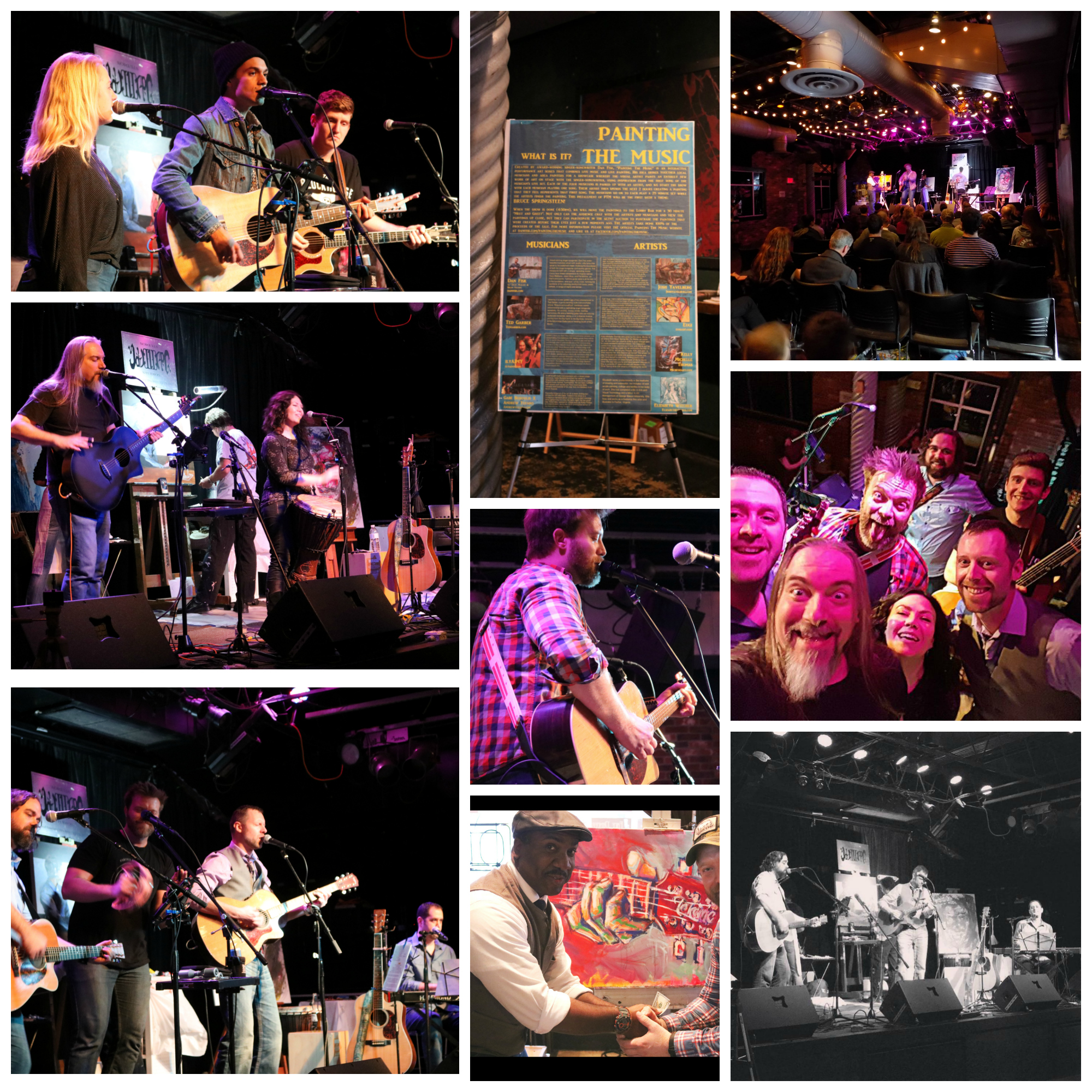 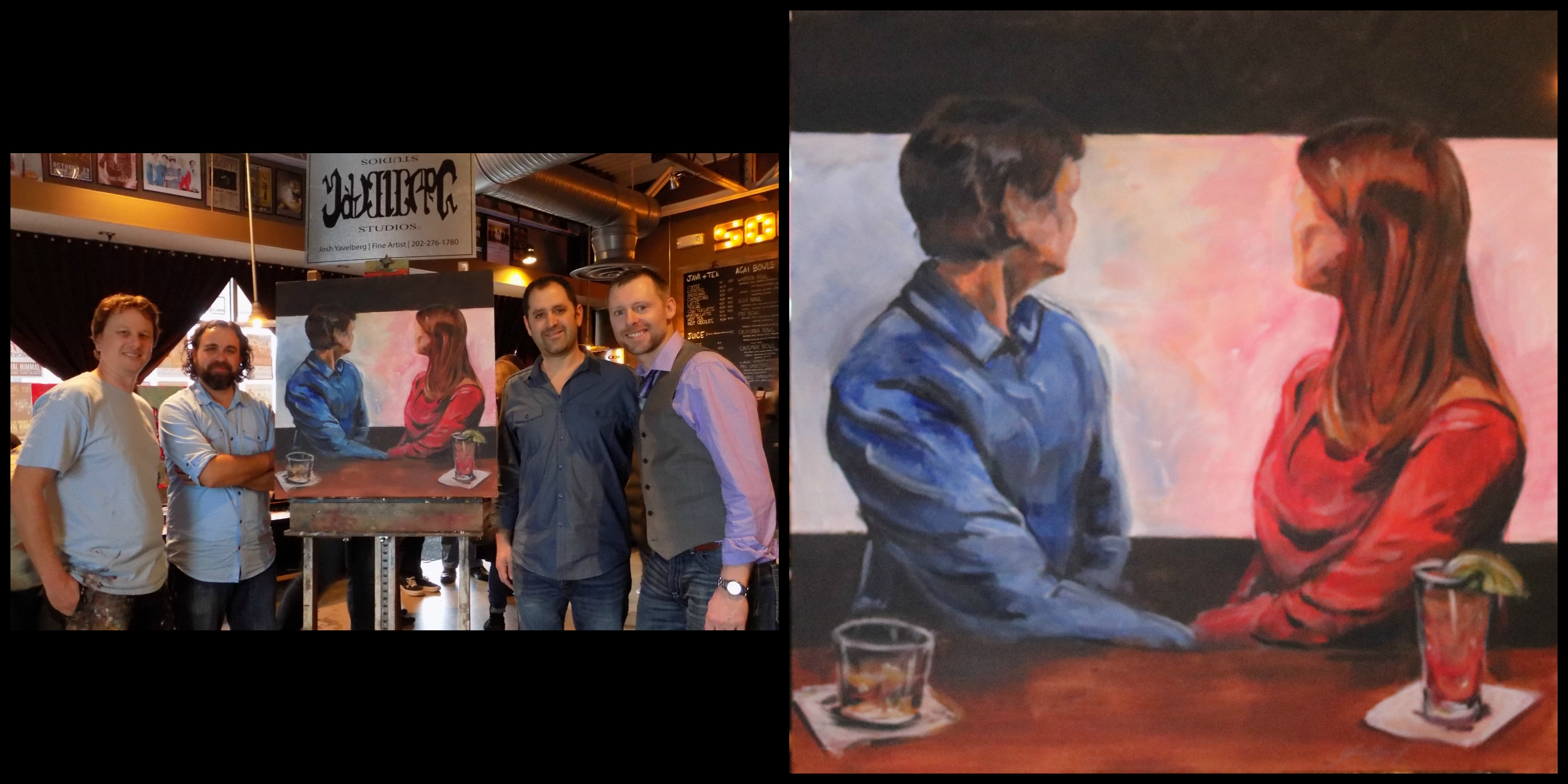 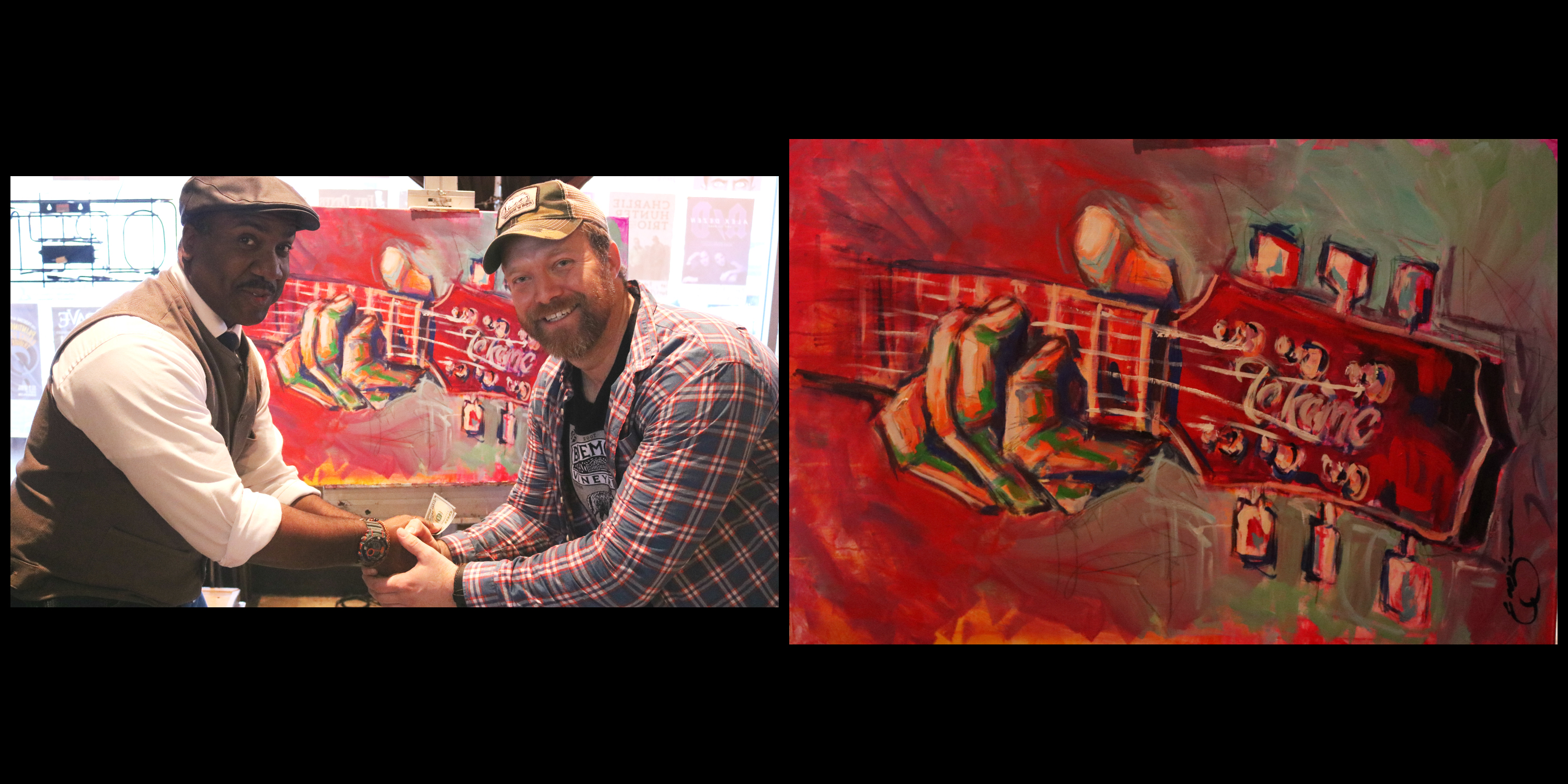 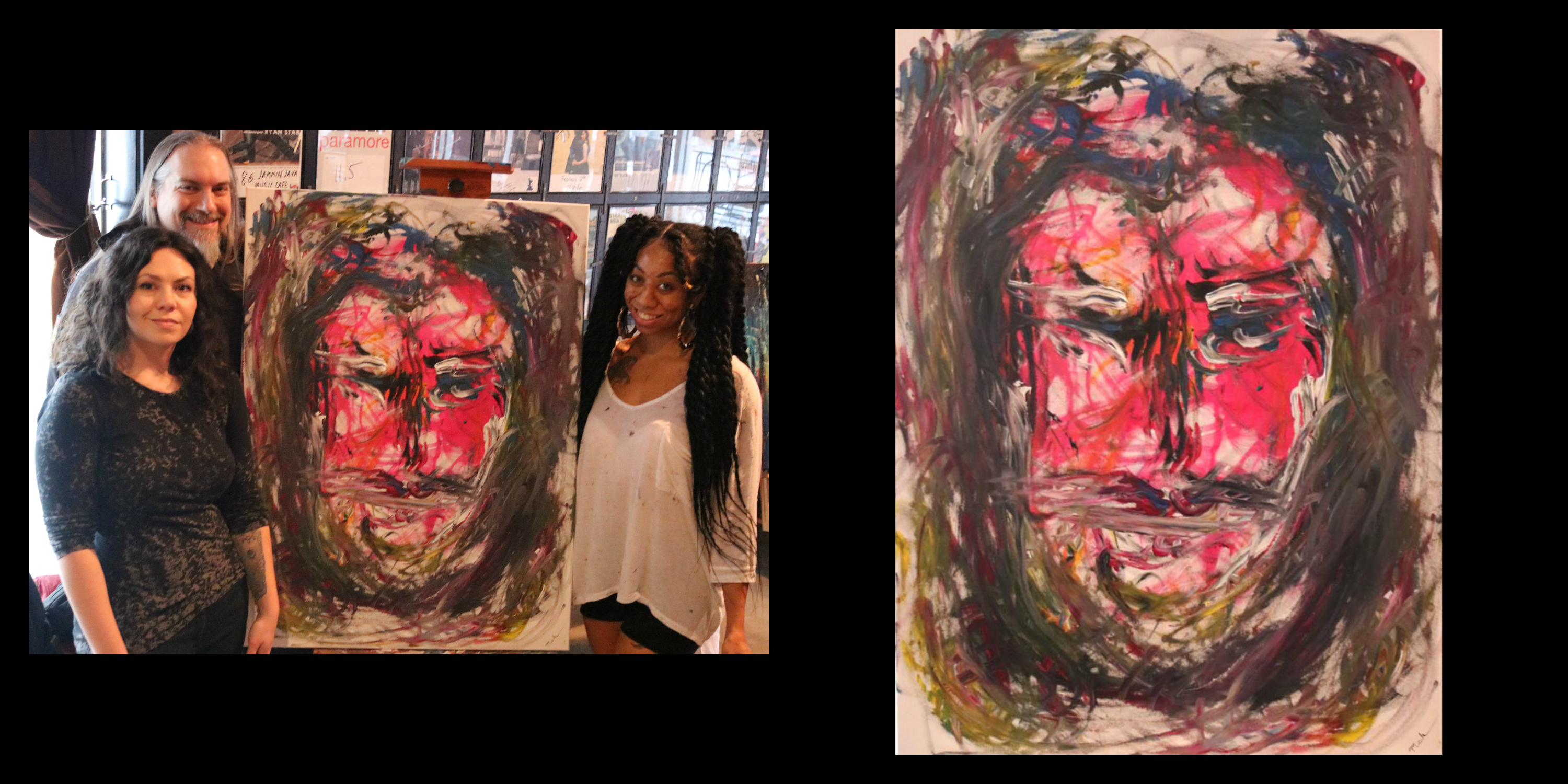 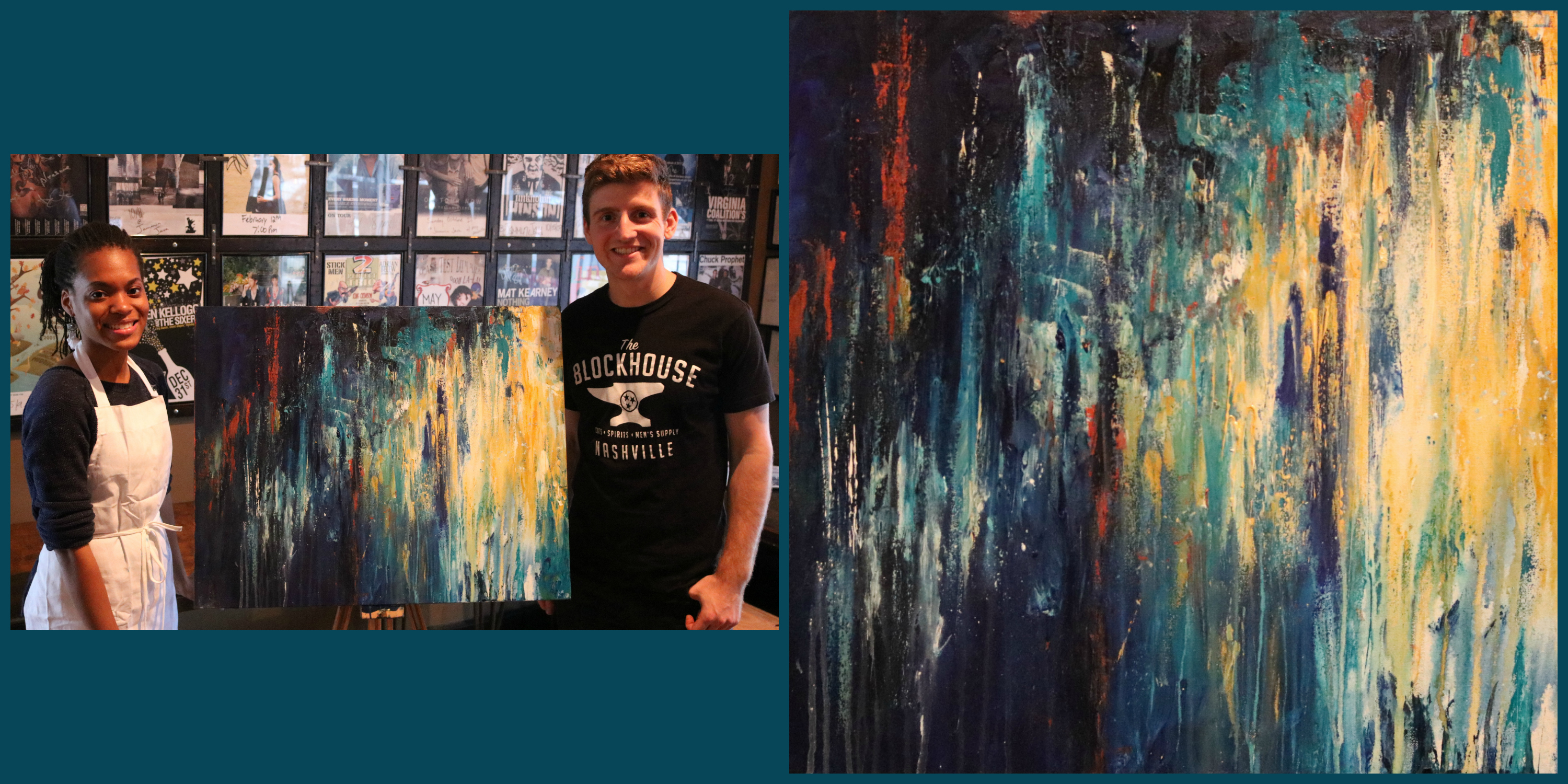 What a great event at a great venue! Check out the timelapse video below of artist Josh Yavelberg painting Stefan Alexander’s song “Two Cents”. You can see more photos on our FB page too!